The Conductors and accompanists at the Geelong Youth Choir are highly-qualified in the field of Music Education.  The team brings together a wide range of skills and experience that provide choristers with a range of opportunities to develop their vocal and musicianship skills in a supportive environment.

Denise Hollingworth graduated with a Masters degree in Music Education from the VanderCook College of Music, Chicago, Illinois, majoring in Choral Music Education. Denise has completed extensive studies in the area of children’s musical and vocal development, and has a special interest in the care and development of young voices. Denise has completed studies in Kodály and Orff philosophies of music education, and enjoys incorporating these methodologies in a creative approach to teaching.

Denise has taught in a variety of settings ranging from early childhood to tertiary levels and regularly presents workshops for teachers on the topics of Music Education and Children’s Vocal Development.  She was the guest conductor at the Geelong Summer Music Camp, Morrison Singers, in 2008 and 2009.  In addition to her work at GYC, Denise teaches music and choirs in schools.  She has been teaching with the Geelong Youth Choir since 2004 and is the conductor for the Cantore, Chamber and Raise the Bar Choirs. 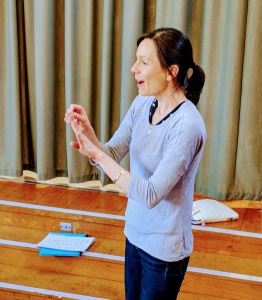 Janelle Kratzmann is a graduate of the University of Queensland, where she completed a Bachelor of Music Degree with Honours (violin performance), Bachelor of Arts Degree (double major in German Studies) and Bachelor of Education Degree. She has since obtained her Master of Music Education from Monash University. Janelle began her teaching career in Brisbane high schools before moving to Geelong in 2004 where she has taught at Geelong Grammar, St. John’s Lutheran School and Geelong Lutheran College.

Janelle works as a classroom Music and German teacher and strings specialist. She has directed student choirs and instrumental ensembles as well as Kodály musicianship workshops with adult community choirs in Melbourne. She is passionate about the Kodály philosophy of music education and has completed Level 1 and Level 2 Kodály Teacher Training Secondary Courses.

Janelle performs professionally with various orchestral and small ensembles in Geelong, adjudicates for the Geelong Advertiser Regional Music Competition and has been an active committee member for the Geelong Summer Music Camp. She joined the Geelong Youth Choir as a conductor in 2005.

Laura is passionate music educator and thoroughly enjoys working with students through choirs, ensembles and classroom teaching. She has worked as a strings andchoral conductor for 10 years across a wide variety of programs, including Melbourne Symphony Orchestra’s Pizzicato Effect, Border Music Camp, NSW Arts Unit, Riverina Strings and Recorder Camp and a number of primary and secondary schools.

As well as an enthusiastic educator, Laura also specialises in Historical Performance Practice, teaching and performing on the Viola da Gamba and baroque cello. She has made guest appearances with the Australian Chamber Orchestra, Ironwood Chamber Ensemble and the Australian Brandenburg Orchestra, Laura has participated in many ABC recordings with ensembles such as Josie and the Emeralds and Latitude 37.

Teresa is a performer and educator in Opera and Theatre in Australia and abroad. She holds a Bachelor of Music and Arts from the University of Melbourne, 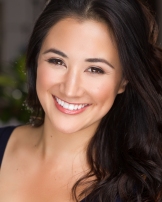 a Masters of Opera Performance from the Chicago College of Performing Arts USA and is currently completing her Masters of Teaching at Deakin University. She is a grant recipient from the Tait Memorial Trust, Opus 50 and the Opera and Arts Support Group.

In addition to performing as a singer and actor, Teresa currently develops and delivers music programs in disadvantaged schools throughout Victoria, leads a number of community choirs, and teaches private voice lessons.
As a performer Teresa has worked in opera and theatre in Australia, USA, and Europe. International performances include Susanna in Le Nozze di Figaro with the Lyric Opera Studio of Weimar and Clorinda in La Cenerentola with the Lyric Opera of Chicago. Whilst living in the USA Teresa worked with the Chicago Symphony Orchestra Chorus for two years under the baton of conductors including Riccardo Muti and Pierre Boulez.

Since returning to Australia in 2012 Teresa’s performances have included Cindy and Wendy in Contact! (as part of the Melbourne International Comedy Festival), Kate Pinkerton in Madama Butterfly, Naomi in Cinderella with Gertrude Opera, and the role of Lady Thiang (covered and performed) in Opera Australia/GFO’s national tour of The King and I. She has performed at Mofo Festival in Tasmania performing the work of uk composer Mira Calix, and toured the role of Sharon in Master Class with Left Bauer Productions. Roles with Victorian Opera included Rose (understudy) in What Next?, Cathy in Little Deaths, Madame Mao (understudy) and a chorus member in Nixon in China, a member of the dance ensemble in Maria De Beunos Aires and ensemble member in Sweeney Todd.

Since completing her formal voice training, Teresa has enjoyed performance opportunities in opera, music theatre, cabaret, experimental theatre, oratorio and recital settings. She has also worked as a featured actor in television commercials and theatre.

Teresa brings together her extensive experience as a performing artist and educator to utilise her creativity for social change to teach meaning as much as method and to harness her voice in a larger context.

Kym Dillon is a composer; arranger; orchestrator, pianist and conductor, who is currently based in Melbourne and Geelong. Starting out her career as a jazz pianist, Kym’s interest soon turned to composition, and her work now regularly spans multiple genres and areas of musical practice.

She completed a Bachelor of Music Performance Honours in composition at the Victorian College of the Arts, studying under such teachers as Anthony Lyons, Mark Pollard, and John McCaughey. She was awarded the ‘Beleura Sir George Tallis Award’ from the ‘Friends of the VCA’ for her work in the course in 2009; and the ‘Beleura John Tallis Award’ in 2010. She composed and performed two original jazz works for the VCA Improvisation Series in 2009, for which her ensemble won the ‘Athanaeum Prize’.

Kym has had original works commissioned by such groups as the Melbourne Symphony Orchestra, Astra Chamber Music Society, and Musica Viva; and her music has been performed in Canada, the U.K., North America, Canada, Romania and Italy. Her work is often inspired by reflections on the nature of imagination and creation — what it means to create and what our creative compulsion says about us.

In 2017 Kym was commissioned by St. Paul’s Lutheran Church Box Hill to compose a cantata for chamber orchestra, choir and soloists celebrating the 500th Anniversary of the Lutheran reformation, with the work being given a repeat performance in 2018. 2019 saw Kym collaborate with BK Opera to transform the intense orchestral score of Béla Bartók’s opera Bluebeard’s Castle into the radically different style of synthesiser-laden 80’s electronica, with her work on the project described by the review site whatdidshethink.com as ‘great genius’.

As a pianist she performs regularly in jazz/contemporary contexts, often as a soloist but frequently as an accompanist to vocalists, such as in 2015 where she performed on piano as part of the Melbourne Comedy Festival show, Larry Paradiseo and the Fabulous Dame Farrar. She also regularly performs on piano with the Georgia Brooks Swingtet, a group that specialises in revitalising classic swing-era jazz tunes.

Kym has also worked as a writer/presenter of the interactive kids show ‘Musicamaze’, which introduced young children to the world of ‘classical music’ through games, puppets, dance and other fun things.

She has enjoyed working with Creativity Australia’s ‘With One Voice’ program for over ten years, leading and conducting the inclusive community choirs in Geelong, Altona Meadows, Melbourne (from 2015 – 2018) and Ashburton.

Residing in Geelong, Kym now juggles work as a composer, arranger, theory/compositon teacher, tutor, performer, conductor and writer, and is currently studying a Masters of Composition at Melbourne University under the supervision of Elliot Gyger and Melody Eötvös.

Find out more about Kym here.

Phillipa has studied voice and piano since age 8. She has performed with Gondwana Voices at the Sydney Opera House and Sydney Conservatorium of Music and toured the Kimberly, Tasmania, and Taiwan, also composing and performing a choral installation at the Melbourne White Night Festival in 2014.

She has played several lead roles in music theatre and opera in her hometown of Geelong. These include Brundibar, Alice in Wonderland, Joseph and the Technicolour Dreamcoat and Guys and Dolls. More recently Phillipa became involved in Trinity College Melbourne’s 2019 performance on Urinetown where she played the role of ‘Penelope Pennywise’.

After winning several local awards and receiving recognition for her talent she has gone onto further her study and training in classical voice at the Melbourne Conservatorium of Music. Through which she has performed at Melba Hall and St Paul’s Cathedral in Melbourne. She is also a performing member of the prestigious Trinity College Chapel Choir with whom she has toured and recorded in Spain, France, the UK, America, and Canada singing in iconic venues such as St Paul’s Cathedral in London and at Windsor Castle. The choir have performed alongside Australian groups such as The Song Company and the Melbourne Symphony Orchestra.

Phillipa has been invited to perform at public festivals, official ceremonies and events, weddings, and funerals from a young age. Most recently with a solo performance at the Melbourne Scots Societies annual dinner at the Australia Club in Melbourne’s CBD. She has a great deal of performance knowledge and experience to share with others.

Friday 1st of May – GYC will be performing at Geelong After Dark!  Details to follow, but in the meantime, save the date!

Contact us to request an information pack and enrolment package

174 Barrabool Rd. Highton Vic 3216
All classes are held in Highton during school terms.